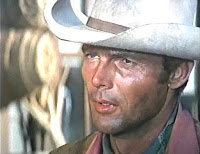 Adam West, the straight-faced star of TV's 'Batman,' died at 88 of Leukemia in Los Angeles, California on June 9th. The actor struggled to find work after the campy superhero series was canceled, but he rebounded with voiceover gigs, including one as the mayor of Quahog on 'Family Guy.' Born in Walla Walla, Washington on September 19, 1928, the second of two sons. His father, Otto, was a wheat farmer; his mother, Audrey, was a pianist and opera singer.He was raised on a ranch outside of town. West caught the attention of Batman producer William Dozier when he played Captain Quik, a James Bond-type character with a sailor’s cap, in commercials for Nestle’s Quik. After he split with Warner Bros., West showed up in such forgettable films as Geronimo (1962) starring Chuck Connors, Tammy and the Doctor (1963) with Sandra Dee and in The Three Stooges film The Outlaws Is Coming (1965) before Batman changed his life forever. West appeared in two Euro-westerns: “The Relentless Four” in 1965 as Ranger Sam Garrett and as Dr. Henry Wayne in one episode of 1990’s ‘Zorro’ starring Duncan Regher.
Posted by Tom B. at 6:14 AM