The Western World of Ferdinand Baldi 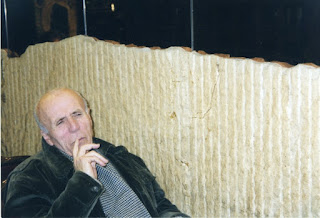 In this documentary director Ferdinando Baldi talks about his Italian Western films Texas Addio, Preparati la bara, Little Rita nel West, Blindman, Comin’ At Ya! as well as his collaboration with actors Tony Anthony and Terence Hill and filmmaking in Almeria, Spain in the late 1960's.

Featured as an Extra on the German DVD of "Blindman" by Koch Media.
Posted by Tom B. at 6:18 AM