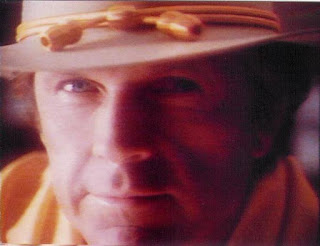 When “Il gusto di uccidere” (“The Taste of Killing”) was first being put together in pre-production, a young American actor by the name of Vince Flaherty was hired to play Lanky Fellow. Vince had been a child actor appearing in ‘The Texan’ (1958) produced by Rory Calhoun. Flaherty went to Rome was kidnapped rendered unconscious, fed intravenously, and kept asleep for a period of nearly three months. The producers maintained the star had gone insane, and they collected a large sum from the completion bond company. Meanwhile, no one had heard anything from Flaherty. Sharon Sheeley found out where he was, and with the help of Gordon Waller, half of the singing duo Peter and Gordon, obtained custody papers from Gordon's father, a prominent London physician. Together Sharon and Gordon traveled to the Villa Belvedere outside of Rome where Flaherty was being held and obtained his release. The bizarre circumstance left Flaherty a wreck and he was not able to record or effectively pursue a career for several years. The producers subsequently turned to Craig Hill to star in the film.