Riccardo Freda: The Life and Works of a Born Filmmaker
Author: Roberto Curti

In an eclectic career spanning four decades, Italian director Riccardo Freda (1909-1999) produced films of remarkable technical skill and powerful visual style, including the swashbuckler Black Eagle (1946), an adaptation of Les Miserables (1947), the peplum Theodora, Slave Empress (1954) and a number of cult-favorite Gothic and horror films such as I Vampiri (1957), The Horrible Dr. Hichcock (1962) and The Ghost (1963). Freda was first championed in the 1960s by French critics who labeled him "the European Raoul Walsh," and enjoyed growing critical esteem over the years. This book covers his life and career for the first time in English, with detailed analyses of his films and exclusive interviews with his collaborators and family. 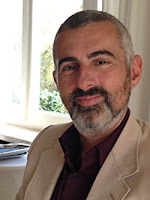 Roberto Curti (born in Parma, Italy, 1971) is freelance writer and film historian specialized in Italian and European genre cinema, and has published a number of books in Italy, Spain and the United States, including "Italian Crime Filmography 1968-1980", "Italian Gothic Horror Films, 1957-1969" and the upcoming "Tonino Valerii: The Films".