Who Are Those Guys? ~ Empedocle Buzzanca 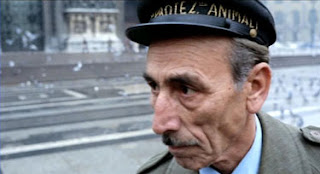 Empedocle Buzzanca was born in Milazzo, Messina, Sicily, Italy on April 30, 1910. The brother of actor Gino Buzzanca [1912-1985], he was a film projectionist before following his brother to Rome and becoming a character actor. Empedocle’s first film was in an uncredited role in 1968’s “Poliziotto alla stazione” (A Fine Pair) directed by Francesco Maselli. Buzzanca would go on to appear in over 20 films and TV appearances among which only one was a Euro-western 1968’s  “ Death on High Mountain”. Empedocle was the father of actor Lando Buzzanca [1935- ] and grandfather of actor Massimiliano Buzzanca [1963- ]. He died in Rome on June 15, 1987.