Buffalo Bill: The Conquest of the East 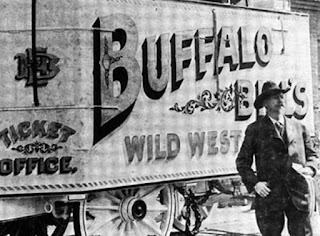 Documentary - After the final conquest of the West, the Civil War in the blood unifies the great American nation.  War hero and buffalo hunter Buffalo Bill was born William Frederick Cody, mounts a show in the 1880s, the Wild West Show, which popularized the myth of the Wild West.  Taking cowboys, Indians, horses and bison, then left for Europe and presents his show in hundreds of cities, attracting 50 to 70 million curious. This is the beginning of the Americanization of the Old Continent