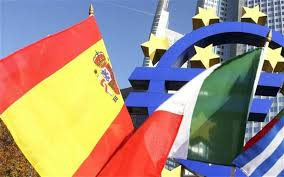 
Hollywood was suffering its own crises at home during this period. Forced to divest itself of its theatre chains they also faced a post-war slump in the audiences who were now finding their entertainment in other sources, especially television. The various measures set up in Europe to negate a perceived attempt at American domination actually proved a blessing in disguise for the Hollywood studios. After attempting a number of underhanded schemes to access boxoffice funds frozen on the continent, the studios finally relented and began investing in European films. Believing that spectacle would lure audiences back to cinemas, they found Europe offered the scenery required for such exotic epics and that production crews were not only capable but comparatively inexpensive. For a time the giant Cinecitta studios in Rome were known as ‘Hollywood on the Tiber’ due to the number of what would be referred to as ‘runaway’ American productions shooting there. The Hollywood studios also carefully met any requirement for such films to be declared ‘French’, ‘Italian’, ‘British’ or wherever they were shooting in order to receive the due government inducements such as tax minimisations and subsidies offered by that particular country. Although Britain was reluctant to join any pan-European co-production agreements, they also benefited from American involvement, with Hollywood investment paving the way for a number of successful films in the 1960s that were ostensibly British but backed with American finance. In fact, American involvement was so important in Britain that when it was withdrawn late in that decade the British industry ground to a halt, subsisting through much of the 1970s on low budget exploitation product. The success of European genre films in the 1960s also allowed for a number of small distributors in the United States to expand rapidly by importing these films at low cost to an appreciative American youth market, who had become the most important audience for the Hollywood studios. A company such as AIP made a fortune by cheaply acquiring the distribution rights to Goliath and the Barbarians (1959: Carlo Campogallianni) and after similar successes then began financing European productions.

Even within the confines of the action genre the co-produced film would move through various cycles and forms, mimicking successful Hollywood hits or even finding variations on their own profitable formulas. From peplums to gothic thrillers, westerns to detective thrillers, espionage adventures to softcore pornography, it became a business of gambles and speculations, whether a producer could jump aboard a particular genre when it was popular with audiences and if they knew it was time to move on before the audience tired of that particular formula.

From the early 1960s, there was a surge in the number of films co-produced by companies in two or more countries, particularly within Europe. Although their initial aim was for Continental success, many found their way to the United States, often through the distribution arms of the major Hollywood studios, who found them to be ideal product for cheaply buffering their release schedules. The derision for the international co-production from critics in the United States and Britain stemmed from a number of factors. A New York Times review of The Viscount (1970: Maurice Cloche), a West German-French-Spanish co-produced espionage thriller partly set in the USA was typical in relaying several of the prejudices which could be expressed in a short-hand fashion in many reviews for such productions:

“[The Viscount] pretends to the title and the class of a high-born Bond-type picture and all it is is a low-grade gangster film-so low that it thinks Jersey City was the height of elegance as a center of crime in years gone by. Charge that up to the fact that it is one of those European sausage films – ground out by a group of co-producers representing West Germany, France and Spain-and you know what usually happens when the Europeans try to show how wise they are about America….it is the sort of picture they’d be strongly inclined to brush under the rug in Hollywood-or quickly sell to television for burial on the late night shows.” (Crowther).

Within this review is the belief that the film is attempting to defraud the audience, by modeling itself on a genre created, refined and perfected by British and American filmmakers (in this case, the high-class spy thriller). It tries to present a familiarity with the American milieu, yet its background reveals it an imposter in Hollywood guise. The reviewer displays a possible xenophobic streak in his distrust of European comment of American issues (and seems to feel that the newspaper’s readership agrees). The film’s international pedigree is described in a manner that implies financial considerations over artistic ambition (referring to producers rather than a director), with no singular national vision. That it was ‘ground out’ demeans the film as a low-grade factory created product, but one without any class, skill or even pretence to art. The inclusion of “one of those” indicates a pre-supposed knowledge on behalf of the readership in that that they are well-aware of this type of film and its inherent traits. Finally, in a direct comparison with Hollywood product, The Viscount is assessed as being so inferior as to being worthy of the then lowest and last rung of mainstream exhibition – late night television. [To be continued]