We continue our search for film locations for “Texas Addio” (aka “The Avenger”). After Burt disposes of the assassin he returns to his horse and finds his brother Jim sitting on a rock playing a banjo. Jim insists on going with Burt to find the murderer of their father and will not take no for an answer. Burt relents and as they start out Jim asks where they are headed. Mexico Burt replies and Jim cracks a smile. “Mexico!” 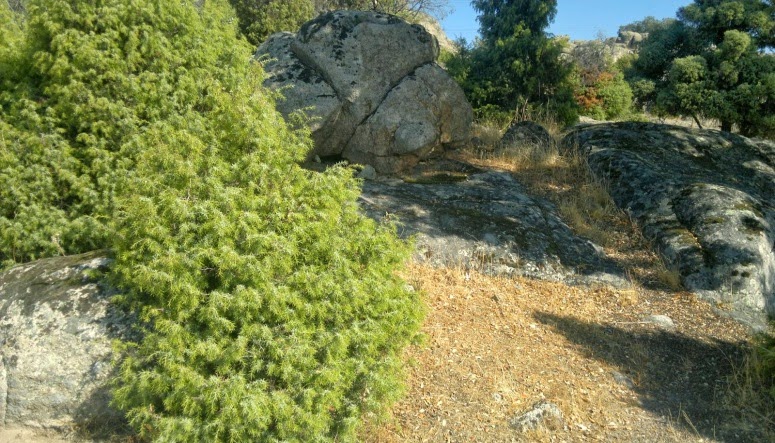 The location of the shootout and meeting with Burt and Jim is again in Hoyo de Manzanares just north of the location of Golden City the town set used in “Fistful of Dollars” and many other early Euro-westerns. You’ll see a paved street with several foundations which were used in the Peter Lee Lawrence gangster film “Tiempos de Chicago” (1969). Just beyond it are the rocks pictured. You’ll also see the mountain which can be seen behind the Rojo hacienda in ‘Fistful”.

For a more detailed view of this site and other Spaghetti Western locations please visit my friend       Yoshi Yasuda’s location site: http://y-yasuda.net/film-location.htm