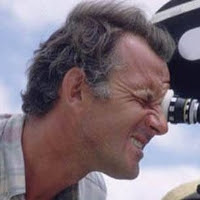 Tonino Ricci was born on October 27, 1927 in Rome, Italy. He started his career as an assistant director in 1961 under Mario Bonnard on “I masnadieri”. Using such pseudonyms as Teodoro Tonino Ricci, Teodoro Ricci, Tonino Teodoro Ricci and Anthony Richmond he’s been involved as a director, assistant director and screenwriter on over 20 films. Among his films were a dozen Euro-westerns from “$10,000 for a Massacre” with Gianni Garko in 1967 as an assistant director to “Buck and the Magic Bracelet” as director in 1999 (His last film to date). Tonino was a director on five Zanna Bianca (aka White Fang) films. Today we celebrate Tonino Ricci’s 75th birthday.