Who Are Those Guys - Hermann Basler 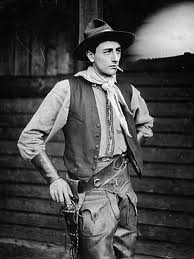 Hermann Siegfried Basler was born in Ludwigshafen, Germany on October 6, 1896. His claim to Euro-western fame was his starring role in the silent film three part series "Bull Arizona". Hermann was also a producer, director and screenwriter and co-wrote one of the Bull Arizona episodes along with his mother Mary and his father Adolf who was an assistant director. By the earlt 1920s his career in front of the camera was over, Hermann passed away on September 17, 1982 at Inning am Ammersee, Bavaria, Germany.