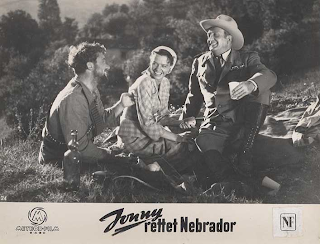 Johnny, a survivor with a heart, is a stowaway on a voyage to Marangoni, where he inherited a small ranch. He is discovered and put ashore on the coast of Nebrador. In the port city Curacos he is arrested and learns that the military governor Oronta has confusingly similar looks. Oronta is planning a revolution and is happy to have a double, who would protect him from attacks. Johnny gets a uniform and is ordered to mimic the general in public. In this role, he meets Marina who is engaged to Lieutenant Dacano. Dacano has received from the government orders to stop Oronta. But Marina sees through Johnny's role, and because she wants to forestall her fiancé, she becomes his accomplice. They manage to bring the pieces of evidence sought for the planned coup to the capital, but Johnny is arrested as the alleged revolutionary general and sentenced to death. At the last second, they discover the real traitor and the revolution is crushed. Enthusiastically Johnny is celebrated as the savior of Nebrador. But he renounces the glory and honor and rides away to his small ranch.