Voices of the Spaghetti Western ~ “Gunmen of the Rio Grande” 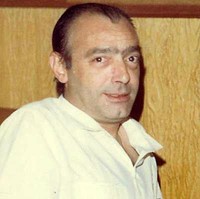 Ángel María Baltanás was born on November 18, 1929 in San Sebastián, Spain. He began his career on the radio, in his hometown, San Sebastian, reading poetry and presenting programs, but very quickly he moved to Madrid where he began working at "Oro Films"; In a short time, he was already doubling the big stars. Despite his short life (he died at the age of 49), Baltanás was recognized as one of the greatest dubbing actors in all of history. This was assured by most of his co-workers. His deep voice, masculine and with a somewhat metallic timbre, was perfect for the stars; the same from Hollywood (Paul Newman and Kirk Douglas), as from Europe (Vittorio Gassman and Marcello Mastroianni). It's not just that he mastered the timing, it's that he perfectly captured the nuances of every sentence, the intent behind every pause and every glance. Angel María lent his voice to actors such as: Marlon Brando, James Dean, David Niven, James Cagney, Burt Lancaster, Paul Newman, Kirk Douglas, Cary Grant, Frank Sinatra, William Holden, Robert Mitchum, Marcello Mastroianni, Glenn Ford, James Mason, Yull Brynner, Gregory Peck, Charles Boyer, Vittorio Gassman, Ugo Tognazzi, or Mel Brooks, among many others.