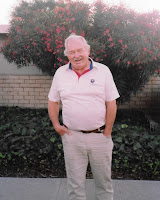 BATON ROUGE, La – Walter “Piggy” Barnes, who played football for the Eagles and at LSU and appeared in a number of movies with Clint Eastwood, has died. He was 79.

Barnes, who was an All-America tackle for the Tigers in 1946, died last Tuesday of complications from diabetes, at the Motion Picture-TV Hospital in Woodland Hills, Calif., said Dr. Leon Bombet, a friend of Barnes’s since college. He is survived by two children.

He lived in Van Nuys, Calif. But had been hospitalized for about six months because of an infection that started when he cut a toe on broken glass after an earthquake, Bombet said.

Barnes was born and raised in Parkersburg, W.Va, said Bombet.

He had taken drama classes at LSU, and broke into TV in Philadelphia after his football career ended, Bombet said.

Later, Barnes made spaghetti westerns with Eastwood. He had parts in most of Eastwood’s movies, Bombet said.

He played Sheriff Sam Shaw in “High Plains Drifter” with Eastwood in 1973 and Sheriff Grady in “Cahill, US Marshal” with John Wayne in 1973.