Voices of the Spaghetti Western ~ “Cemetery Without Crosses”

Today we’ll cover – “Tex and the Lord of the Deep” 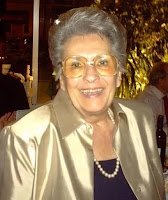 Gabriella Genta was born in Spoleto, Italy on October 10, 1927. She was an Italian voice actress and director of dubbing. Gabriella was married to voice actor Mario Bardella [1926-2014] and mother of the dialogist Marco Bardella. She received the Voices in the Shadows Award in 2003 for the Best Character Voice in the Cinema Section for the dubbing of Joan Plowright in: Callas Forever. Gabriella died in Rome on April 15, 2020 at the age of 92.