Recently TCM-Turner Classic Movies played Barbarella, Roger Vadim's delightfully wacky space adventure, and one can not only marvel at the level of special effects, but also at the amount of Spaghetti background faces that populate the film.  Most of these faces appear in the wondrous sequence set in the prison known as the Labyrinth.  At the time, a large chunk of the then recent Spaghetti Westerns had not yet reached North America, which made these faces unrecognizable in 1968.  Over the following decade, T.V. showings and the advent of the home video market gave English-language audiences the chance to see them in the westerns.  With increasingly clearer and clearer copies of Barbarella, English-language fans would have felt déjà vu, by kind of recognizing them, but knowing where they had seen their faces. Years later, viewers came to appreciate this earlier accumulation of Spaghetti day-players.

To put Barbarella (October, 1968) in context, it was released in the wake of T.V.'s Star Trek (September, 1966) and Stanley Kubrick's 2001:  A Space Odyssey (April, 1968), both of which would change the face of modern Science Fiction.  Barbarella at least gave space a little pizzazz that the others lacked, and a jauntier score to boot. 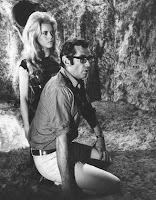 Jane Fonda had married French director Roger Vadim on August 14, 1965. Together, they embarked on an attempt to change her image in Hollywood.  First, they made The Game is Over (June, 1966), and then participated in the psychedelic AIP 3-parter Spirits of the Dead (October, 1967), before deciding on a big screen adaption of Jean-Claude Forest’s sexy-comic-book Barbarella (1962).  Vadim & Fonda soon parted, and eventually divorced on January 16, 1973. 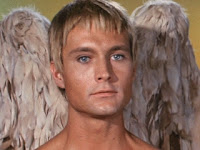 The most top-billed Spaghetti actor of Barbarella was fledgling American John Phillip Law of the Russians are Coming, The Russians Are coming! (1966). Ms. Fonda and co-star John Phillip Law had just made Paramount Pictures' Hurry Sundown (February, 1967), and the studio wisely paired them into a second feature, Barbarella. 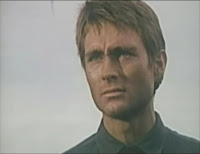 The second Spaghetti actor to get cast in Barbarella was Sicilian-born newcomer Antonio Sabato.  Antonio Sabato?  What?? Where???  Vadim wanted Sabato, who was hot off of Grand Prix (December, 1966), to play the scatterbrained revolutionary Dildano, but Paramount wanted, or rather needed a stronger name for the U.S. market.  They chose and had Vadim re-shoot all of Sabato's scenes with the British actor, David Hemmings.  For years, it was thought the Sabato footage had survived the upheaval in the Italian version, but this appears not to have been the case. 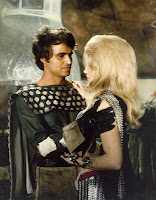 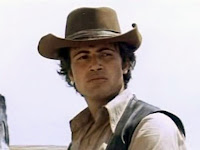 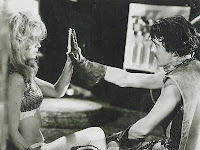 Hemmings had just starred alongside Vanessa Redgrave in Michelangelo Antonioni's British drama, Blow-Up (December, 1966), and was a popular leading man of the day.  At the time David Hemmings and John Daly were setting-up their independent production company, Hemdale Film Corporation, in 1967 as a tax-shelter, but soon found it to be a viable production house.  Hemdale later made, among others, Platoon (1986) and The Last Emperor (1987).  As an actor Hemmings, of course, never starred in a Spaghetti Western, but his Hemdale became the British partner on The Legend of Frenchie King (December, 1971 / January, 1973). 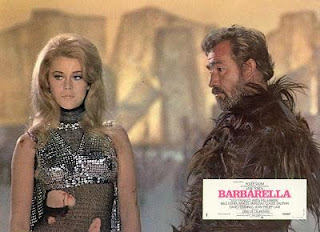 Next, Italo leading man Ugo Tognazzi, who had chalked up two early Spaghetti Westerns, The Lady Sheriff (August, 1959) and A Dollar's Worth of Jitters (August, 1960), and was chosen to the play the hirsute adventurer Mark Hand, who tantalizes Fonda.  Tognazzi would later co-star in Alberto Grimaldi's surreal farce Don't Touch the White Women (January, 1974), about the massacre at the Little Big Horn, which was here performed in downtown Paris. 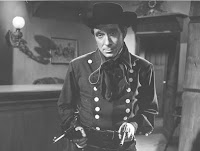