Who Are Those Guys? ~ Juan Cortés 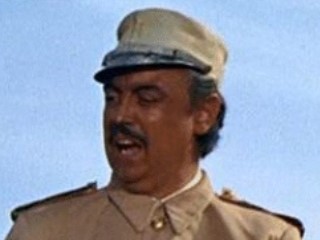 Juan Cortés was a Spanish character actor who appeared in over 85 films and TV series from 1941 to 1974. I can find no biographical information on the man. He must have been born sometime in the early 1920s and by the quick termination of his career I’m guessing he died sometime in the mid-1970s. He was billed as Clyde Ceryll a few times but why?

It amazes me how many of these actors who had either long careers or appeared in many film and some major titles are basically unknown entities. Cortés for example appeared in 19 Euro westerns with such hits as “Bullets Don’t Argue”, “A Fistful of Dollars”, “Adios Gringo”, “A Few Dollars for Django” and “For a Few Bullets More”. Although his roles may have been small his career was long and someone should know something about the man.

We can add him to the long list of forgotten or ignored actors who made the genre what it was and now is forgotten.