Terence Hill, do you know his son Jess? | It is his stark photocopy

Terence Hill is a hugely popular actor who has lent his face to the famous investigator priest Don Matteo. Do you know his son Jess? Do you know how much it looks like him? 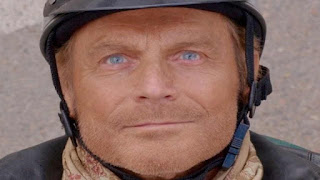 Terence Hill is a great Italian performer, director and producer who teamed up with his friend Bud Spencer in many memorable films that have remained in the memory of millions of Italians.

Mario Girotti, this is his real name, also received a David di Donatello for his career. He lived for a long time in the USA, for the beauty of 30 years, but in the end he settled in Gubbio, a much loved place for the setting of Don Matteo. He is the father of two children, the eldest had by Lori Zwicklbauer. Who is he? What does he do? Here are all the details.

Who is Terence Hill's son: Jess

Jess was born on November 7, 1969 in Los Angeles. Son of art, he began his career as a child with the part of a small Mormon in “They Call Me Trinity” and then continued with “My Name Is Nobody” and “Troublemakers”. Growing up, however, he understood his true calling, always in the show but in a more behind the scenes role.

He participated in the writing of several screenplays and, in particular, in the production of several films of his father, also trying his hand at assistant director. His last role was in a TV miniseries: ‘Doc West’, along with his beloved dad. It was a local western in which he also dealt with the script. In 2018, he was the producer of “My Name is Thomas”, another Terence film, this time dedicated to his close friend Bud Spencer.

The producer made the famous actor a grandfather, there is in fact a grandson named William   who certainly has a special place in everyone's heart. Finally, their family is very close, also due to a tragedy belonging to the past.

He got his blond hair, blue eyes and a gorgeous smile from his dad. Even at first glance it is clear that the two are relatives, in fact they have in common many facial features such as the nose and cheeks. In short, they see each other again for how they will be or were once. 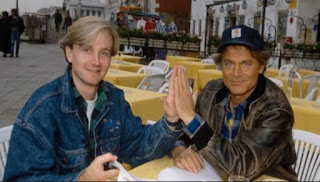