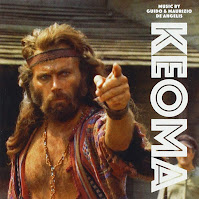 Tory diehards may be alarmed to learn that Iain Duncan Smith, the quintessential English gent, has a direct link to Europop.

His older sister, Susan, is a former European pop queen who wrote a series of hits in the 1970s for the Italian band Oliver Onions. One of her most memorable, Dune Buggy, made number eight in the German charts in 1975 for the band's singers, Guido and Maurizio De Angelis. It opens with the lines: "Come with me for fun in my buggy/Come along, let's go for the hell of it."

Another song for the De Angelis brothers was Flying Through the Air (no 4 in the German charts in 1974), which opens with the words: "Flying through the air side by side/We dip, bend, and climb."

Her finest hour came in 1973 when she paired up with Guido to make a rare recording of her own. Susi and Guy, as the duo was called, made number three in the French charts with Blue Song, which was the score to a film, Milano trema: la polizia vuole guistizia.

She also sang the single's B side, Life Goes On, under the name of Susy Lion.

Ms. Duncan now runs the Rome office of Sony Music. She is modest about her past achievements. "The song writing was way back in my youth," she said yesterday. "Now I have a pretty serious job." Her brother, at 48 eight years her junior, thinks highly of her achievements.

A friend of his said yesterday: "Iain is very proud of Susan's success. He is close to her, and they see each other fairly regularly."

This link to the world of Europop is another sign that the Tory leader has a more colourful background than his stiff image may suggest.

His elder bother, David, runs the Savile Row-based Luxury Brands Group which owns the Hardy Amies clothes label. Before that he worked for Prada in London.

Their father, the late Group Captain WGG "Smithy" Duncan Smith, was a second world war fighter pilot who brought down 19 enemy aircraft. Dubbed the "born fighter pilot" by the Air Ministry, he became one of the most decorated pilots of the war.

"Smithy" was sent to recuperate in Naples where he met his future wife, Pamela, a ballerina dancing in that city with the Royal Opera.

This started a family love affair with Italy that led their son to study at Perugia University, and his two sisters, Jean and Susan, to marry Italians.

"It is in our hearts, it is a wonderful country," Susan Duncan said yesterday.