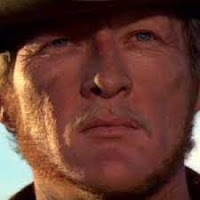 “I’m mad cause I like to be mad. My handle’s Big Nasty cause I been nasty and big ever since I can remember. I hate everything. Young couples in love. Small dogs. Little children. I even hate you, you son of a …”

The man saying those words was Jackson D. Kane, a quiet friend of mine who lives in Albuqueque.

And, since Albuquerque is several hundred miles away from where I am writing this, I feel safe in setting the record straight.

Kane is a pussycat.

He’s a composer of gentle songs.

He’s a loving husband and father of five. He’s a musician, singer and actor. He’s a survivor of hard times.

And he is an eternal optimist.

But he looks and sounds for all the world like Big Nasty.

Big Nasty is an important character in a film called “Convoy” which Sam Peckinpah is making in and around Albuquerque. He is a truck driving buddy of Kris Kristofferson, who plays the part of Rubber Duck.

Peckinpah wrote the role especially for Kane after hearing him read for a smaller part. 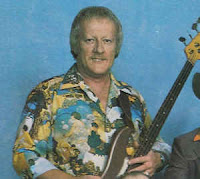 Kane, a giant of a man in his middle years, has appeared in 30 films during the last several years and has 20 years of experience in theater, radio and television, nightclubs and on concert tours.

And he is still looking for the “big break.”

The Peckinpah movie maybe it.

Physically, Kane somewhat resembles the Sandia Mountains outside of Albuquerque. He goes way up in the air, a good deal above 6 feet, the exact figure depending on which pair of cowboy boots he happens to be wearing.

He speaks in a tone about two octaves lower than the bass on your average barbershop quartet.

And his strength is awesome.

He once put his hand on the shoulder of an agent he was trying to persuade to leave town and he got so persuasive that before he knew it, he had dislocated the man’s shoulder.

How do you survive in show business and still live in Albuquerque?

I put the question to Jackson as we sat on the grass in the backyard of a mutual friend’s home.

He took a long slug of iced tea from the half-gallon mug he carries around, then replied.

“Well over the years, man, you do a lot of other things to raise a few bucks. You sell furniture, load cargo, drive a cab, work as a bouncer, wash dishes. Anything to put some beans and bread on the table.

“Then you play catch-up when you get a film role or a club job or cut a good commercial. A good payday and the phone company will turn your phone back on and the finance company will let you keep your car a little longer. And if the thing hasn’t been running, you may be able to get it fixed.”

But despite the large family, the lack of show business opportunities in New Mexico and the inability to get far enough ahead to go give his career a decent shot by moving to Hollywood for a year, Kane still insists any jobs he has ever held outside of show business have always been only temporary.

He’s an entertainer and he always will be.

He’s big and nasty about it. 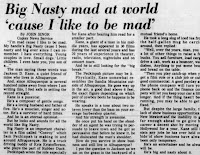