Who Are Those Composers ~ Jaakko Salo 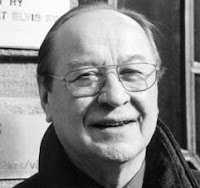 Jaakko Elias Salo was born in Varkaus, Finland on February 22, 1930. As a student, Jaakko Salo studied musicology at the University of Helsinki and at the same time began his music career as a pianist with Ronnie Kranck. From 1956–1964, he had his own band, whose soloists were Seija Karpiomaa and Vieno Kekkonen. He worked as Scandia’s record manager from the late 1950s, and he made a significant contribution to the development of the so-called jazz system in Finland. In the 1960s, he was an important driving force in the VEK production group of Jukka Virtanen, Aarre Elo, Matti Kuusla. After Scandia took over Finnlevy's ownership in the early 1970s, Salo took over as production manager of the Finndisc record company. Salo was a founding member of the New Happy Theater, and he was the screenwriter, music arranger, and conductor of UIT's Tears from 1979–2002. He played a significant role in Juha “Watt” Vainio’s song production in his last years.

After the death of his first wife, Jaakko Salo married his longtime friend and colleague, singer and actress Marjatta Leppänen, in 2001. Salo died of an illness at the Peacock Theater in Linnanmäki, Helsinki, just before the performance on the Magic from the Stomach album, where he was to be the conductor.