Voices of the Spaghetti Western “The Stranger and the Gunfighter”

Today we’ll cover “The Stranger and the Gunfighter” 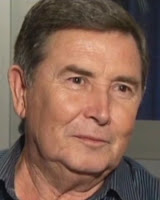 Rafael Victor Agramunt Olive was born on November 18, 1935 in Castellon de la Palma Plana, Valencia, Spain. At a very young age Victor showed an interest in films. In his hometown, he sets up a cinema-club, where he reels and watches all the cinema he can. In the 1950s, he began his role as a radio host, on Radio Castellon, where he would do everything: from acting to host of many programs. At the beginning of the 1960s, he made his great "leap" to Barcelona, where he ended up at the Voz de Espana Studios, and also on the radio. In Barcelona, ​​he made his first steps in dubbing as a studio contractor. However, it is in Madrid, at the beginning of the 1970s, where he developed his fruitful career. He is a regular part of the distributions of the Madrid studio, "Synchrony". Among his early notable roles are as James Dean in “East of Eden: Brad Davis in “The Midnight Express”, Ryan O’Neal in “What’s Wrong Doctor”, Dustin Hoffman in “Kramer vs Kramer” and Timothy Bottoms in “Johnny Got His Gun”, among many other roles. In the 1980s, he was appointed artistic director of the" Arcofón "studios, where he began his activity as a director and voice adjuster, directing many films and TV series.

In addition, he has also worked as a dubbing teacher, and has written articles on dubbing and / or explaining the history of the profession. In 2018, he received an "Irene Award" in recognition of his long career in dubbing and the great work he has done.