Voices of the Spaghetti Western ~ “Take a Hard Ride” 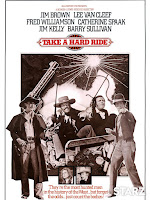 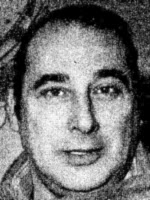 José Luis Martínez Sansalvador was born in Barcelona, Spain on ​​February 20, 1933 and was better known as José Luis Sansalvador and was an actor, director, and Spanish dubber. He was considered one of the most active and versatile voices from the late 1950s to the mid-1990s.

He specialized in voicing "tough guys" such as Gene Hackman, Robert Mitchum (this was the actor he most identified with), Humphrey Bogart, Lee Marvin, Charles Bronson and George Kennedy, among others.

“The French Connection”, “Life Imprisonment”, “Angel Face”, “Night moves”, “In the Name of the Rose” and “The Hunter” were among his favorite films.

José was married to fellow actress Gloria Roig, with whom he had 4 children: Alex, César, Gloria and Xavier, Sansalvador died as a result of a heart attack on March 11, 2006 in Barcelona.