When Sean and Juan board the train to escape to the United States the train suddenly comes to a halt after El Presidente has boarded and he tries to escape capture by the revolutionaries. He ends up in the boxcar. Here he runs into Sean and Juan and he tries to bribe them to let him go. Juan remembers his slaughtered family in the cave and he’s overcome with grief and revenge and shoots the man he holds responsible 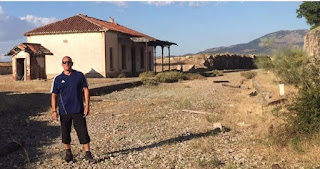 The scene was filmed at what was called the Gor station on the Guadix rail line. 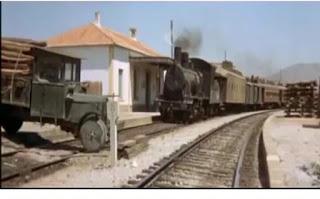