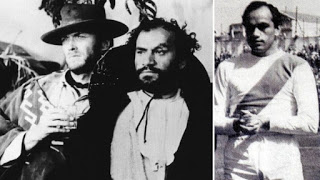 Spanish actor Aldo Sambrell is shown top right at the time he was a football player at Monterrey, Nuevo León, Mexico. His family lived in Mexico at that time for political reasons.... Later he would return to Spain and become a regular if the Spaghetti western film genre.Sambrell pictured below holding soccer ball with his Nuevo León teammates. 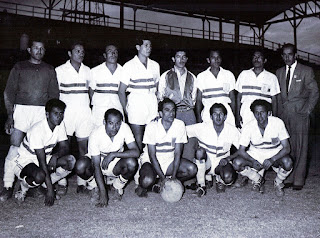