We continue our search for locations for “The Big Gundown”. A young girl is shown serving drinks to Don Serano’s guests. When she stoops to pick up a glass on the floor in front of Shep she lifts her dress and this catches the eye of Shep. He follows her and tells her to stop. He takes the tray of drinks away and begins to kiss her. Suddenly Brokston pulls him away and delivers a blow to his midsection asking Shep doesn’t he ever learn. He spills the beans and tells Shep he knows from Sheps two friends that he’s the rapist and murderer. When Shep asks what happened to them Brockston tells him they went away with Baron von Schulenberg and won’t be coming back. 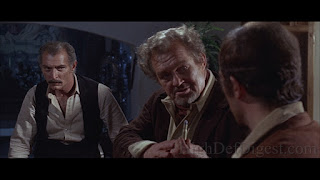 This scene was filmed inside El Romeral, Spain just outside San Jose, Spain. 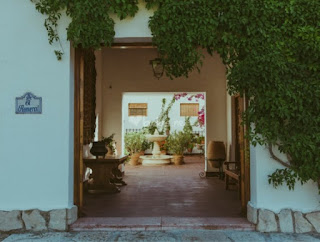