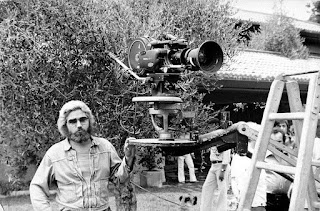 To see him today he seems a model citizen of Los Angeles, with its unsuspectable 70 years, almost close to retirement, but the reality is very different. With him we can talk about everything, but not about cinema, because in this regard we are not limited to a simple exchange of opinions. He has a story to tell, which starts in the United States and arrives in Rome right in the period of a thriving film industry. Here's who the great John P. Dulaney is.

How did your career start?

JD "In America I had never thought of becoming an actor. I was a director, screenwriter, producer, director of photography in Hollywood and New York City. When I went to Europe in 1969, I had no idea what I would do there. In Rome in January 1970 I saw an announcement in the English newspaper The Daily American. It was from a Hollywood production company that needed some crew members. I joined as a soundman and chief purchasing agent and filmed four films across Europe for nine months. When they left for Hollywood, I went back to Rome and, through a producer friend, I went to the film set of Fellini's Rome, where I had the great honor of meeting him, my favorite director, and his wife. Fellini was extraordinary, he turned some scenes, then stopped and wrote the next scene. For about six months I went with them to travel around and outside Rome. From time to time I became a third assistant director with foreign extras.”

When did you get your first role in a movie?

JD I played the role of a judge in the western Sabata is back ... you closed again! (1972) directed by Gianfranco Parolini. Lee Van Cleef was in the cast. It was a great emotion to meet him, I was a fan of his and I really appreciated him for his previous films, what to do! I was very nervous when we shot the scene of the duel. When they gave me the guns duel I was sure that on the screen they would all realize that I was very tame. I was 24 years old.” 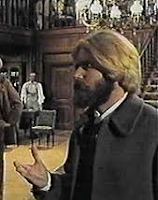 JD “At that time other casting agents asked me to come back as an extra in various westerns, like Man warned half murdered ... Word of the Holy Spirit, The big duel, Friend, stay away at least a palm, They called him Truth, You wrong ... you had to kill me right away! “A bounty killer at Trinity”, “Alleluja and Sartana sons of ... God”, “Acquasanta Joe”, “My Mame is Mallory ... M Means Death” and “Put Down the Guns”, “Reverend”, “The Long Ride of Revenge” and “Two Brothers in a Place Called Trinity”, then in 1975, after I had returned to New York to work in many films, but never as an actor, I met Bruno Corbucci. So it was that I took part as an anti-tear Squad player, Anti-theft Squad, Anti-Fraud Squad, Anti-Mafia Squad and Delitto sul Tevere, playing the role of Ballarin, the Venetian-accented policeman who collaborated with Nico Giraldi, the great Tomas Milian.”

What films of your career are you most fond of?

JD “Sure to a squad and then to Fellini's Rome.”

Which artists and directors remember your career? 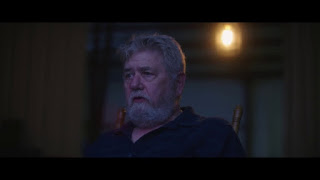