Who Are Those Guys? ~ John Davis Chandler 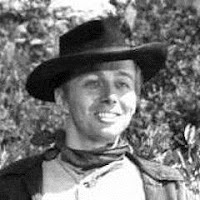 John Davis Chandler was born in Hinton, West Virgina on January 28, 1935, to a prominent ophthalmologist. Chandler was noted for his roles as a heavy. Growing up he was small and sickly but excelled in track, cross country, tennis and basketball. Chandler attended Princeton University intending to become a doctor but instead dropped out and joined the Army and played tennis and boxed for them. In the 1950's he attended New York's American Academy of Dramatic Arts.

Chandler’s first film role was in “Young Savages” with Burt Lancaster and Shelly Winters portraying the character of Arthur Reardon, a sadistic killer. From that point he was typecast to play psychotic killers and other crazed characters. He even had the lead role in “Mad Dog Coll” in the early 1960's. In later years he played on TV shows, "ER", "Hill Street Blues","Gunsmoke","Columbo","Route 66" and "Fantasy Island". His film career spanned over 40 movies and 60 plus TV productions.
Chandler's resume of movies include "The Outlaw Josey Wales", where he played a bounty hunter, Sam Peckinpah's, "Ride the High Country", "Major Dundee" and other westerns.

In later life he was found living in the same apartment he lived in when first coming to Hollywood in the 1960's, by neighbors in Toluca Lake, California. His wife had died years before his passing of a heart attack on February 16, 2010. Chandler lived a reclusive life and authorities found residual checks from movies that he had never cashed. A lot of his money he made he had given to religious groups.