Artur Brauner: 100 years old with 250 film productions under his belt

After surviving the Holocaust, he founded the film company CCC in postwar Berlin. Film producer Artur "Atze" Brauner celebrates his 100th birthday and nearly as many film hits, from "Europa Europa" to "Old Shatterhand." 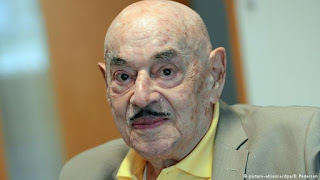 His life story reads like a novel. Born on August 1, 1918 to a Polish Jewish family in Lodz, Poland, Artur Brauner fled the Nazis to the Soviet Union in 1940. In 1946, after the war's end and despite Germany's horrific crimes, he decided to found his Central Cinema Company (CCC) in Berlin, establishing his studios on the grounds of the onetime Spandau gunpowder factory in Berlin-Haselhorst.

Always taking a two-track approach to filmmaking, Brauner produced both the kind of light entertainment films he himself described as "tra la la" and prizewinning dramas and films dealing with the Nazi dictatorship.

The first category includes box office hits based on stories by the British crime story writer Edgar Wallace and the German Wild West author Karl May. Brauner's former employee Horst Wendlandt had initiated the Karl May films, but Brauner, a clever businessman, secured the rights to the Karl May novels still on the market and hired actors like Frenchman Pierre Brice in the role of the Apache chief Winnetou and American Lex Barker as his blood brother. 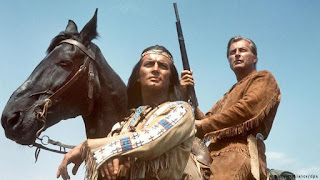 [Karl May movies, romanticized Wild West films, were highly popular in the 1960s. Above, Pierre Brice as chief Winnetou and Lex Barker as Old Shatterhand.]

"Atze" Brauner was also responsible for outstanding classics like It Happened in Broad Daylight (1958; Es geschah am hellichten Tag), the story of a child murderer based on a screenplay by Swiss author Friedrich Dürrenmatt. The Day the Rains Came (1959; Am Tag, als der Regen kam), another milestone of superior postwar German filmmaking, is about a criminal youth gang, and The Rats (1955; Die Ratten) is based on a novel by German literature Nobel Prize winner, Gerhard Hauptmann.

As Brauner related to the newsweekly Zeit Magazin a couple of years ago, it was actually a film that had once helped him escape from a Nazi.

When the war broke out, he was involved in a dangerous confrontation at the Bug River. "Then I had a flash of inspiration," said Brauner. "I remembered a film with Gary Cooper I'd seen as a youth. In it, three bandits try to force Cooper to hand over the map to a gold mine. He resists. They're all standing on the bank of a river, just as I was with the Nazi. When the bandit aims at Cooper, he rams his head into his stomach and shoves all three into the water."

Inspired by that scene, he'd "powerfully thrust" the Nazi and his gun into the water. "I pulled up my trousers and ran until I couldn't see him anymore," Brauner said. Unlike most of his relatives, he survived. 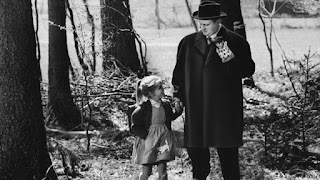 ['It Happened in Broad Daylight' was one of Brauner's earliest film successes.]

In an interview with in 2016, Brauner said that seeing the eyes of a ten- or twelve-year-old Jewish boy that the SS had murdered in the final days of WWII made him determined to fulfill a childhood dream and enter the film industry. "My intention was to produce a film about the innocent victims and the elimination of an entire people," he explained.

Brauner made several films about the Holocaust. The first film to deal directly with the Shoah was Morituri in 1948. It was his second work, and at the time he was Germany's youngest producer. Many others followed, including The White Rose (1982; Die Weiße Rose), Babiy Yar (2003; Babij Jar), Wunderkinder (2011) and Europa Europa (1990; Hitlerjunge Salomon) which earned a Golden Globe. By holding up a mirror to the Germans, these films kept the memory of the Nazi era alive. 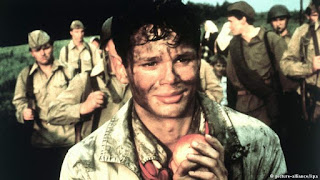 It seemed that whatever Brauner got his hands on turned to gold. He attracted film industry emigrees back to Germany, including master director Fritz Lang, whose last works were made at CCC: The Tiger of Eschnapur (1959; Der Tiger von Eschnapur) and The Thousand Eyes of Dr. Mabuse (1960; Die 1000 Augen des Dr. Mabuse).

Brauner also hired the director Robert Siodmak for the film adaptation of Hauptmann's The Rats in 1955, which starred German screen stars Maria Schell and Curd Jürgens in the leading roles. He also persuaded Romy Schneider to star in The Passerby (1982; La passante du Sans-Souci). It would be the famous actor's last film; no one could have known that she would die in May 1982, soon after the premiere.

According to the film journal Filmdienst, Brauner and CCC made their mark on over five decades of German filmmaking and were responsible for over 250 movie and television productions. 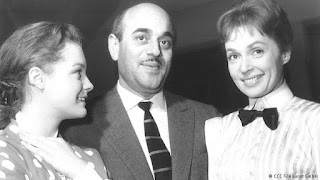 Brauner said that he never interfered with a director's work unless there were clear shortcomings in the product. But he was also businessman enough to pull the plug if the budget ceiling was breached.

In 1965 he fired the director Franz Josef Gottlieb, then at work in Spain on the Karl May film Wild Kurdistan (1965; Durchs wilde Kurdistan), for budgetary overreach. A notoriously tough negotiating partner, Brauner tried to pay the film's lead, Lex Barker, for one film after the American actor had appeared in two in close succession that were both related to May's stories. Barker took him to court, and Brauner had to pay up.

CCC stays in the family 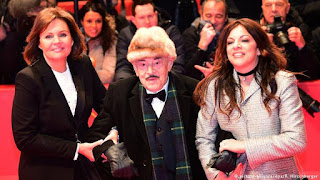 [Following in her  father's footsteps atCCC is Brauner's daughter Alice. At the 2018 Berlinale, the two walked down the red carpet together.]

A member of Berlin's Jewish community, Artur Brauner recently called on young people to take a stand against right-wing populism. He has received Germany's National Medal of Honor, and he's also won two Golden Globes and the Berlinale's Honorary Golden Bear for his lifetime achievement. In 2013 he won the honorary pin of the Society of Christian-Jewish cooperation. Since 2009, the international Yad Vashem Holocaust Memorial in Jerusalem has regularly screened 21 of his productions that deal in one way or another with the Shoah. Brauner has called these showings "the coronation of my film work."