Who Are Those Composers? ~ Benedetto Ghiglia 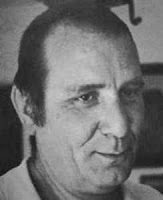 Benedetto Ghiglia was born in Fiesole, Tuscany, Italy on December 27, 1921. He was initially influenced by dodecaphonic music, Ghiglia then articulated his musical discourse in other directions, also in the extremely varied genres of the films in which he took part, from Pasolini's social apologue to Spaghetti westerns, and from the political cinema to comedy, he forced to an extreme his expressive multiformity. The use of classical motifs, sometimes with the inner most quotation of famous operatic-symphonic pieces, or, alternatively, the use of pop music - the beat rhythms return in some of his most important films - still represent two constants in his producer.

After an initial activity as an author of stage music for theatrical performances (which was common to many film musicians of his generation), Ghiglia began to compose for the big screen, devoting himself in particular to documentaries: a genre that he would not abandon even after he once became, from the mid-sixties, one of the most prolific and sought-after musicians for cinema. His work also includes routine commercial works, the incursions in the 'angry' Italian cinema of the 1960s stand out, witnessed by the music of “La notte pazza del conigliaccio”, an anti-bourgeois comedy by Alfredo Angeli in 1967, and “Gatto selvaggio” (1969 ) by Andrea Frezza, one of the very first films about student protests. A meeting with Pier Paolo Pasolini resulted in “Porcile” (1969) and appears to be a natural outlet compared to this path. A work by Ghiglia produced a soundtrack full of loans from popular themes and songs of malfeasance. At the same time, however, he offered his craft also to a more traditional film of installation, such as “La bugiarda” (1965) by Luigi Comencini; and he put himself at the service of the so-called genre cinema, providing numerous contributions to the Italian western, at the time in full bloom. In this regard, a simple statistical data appears significant meaning: between 1965 and 1966 Benedetto scored the soundtracks of five such films, including that of “Starblack” (Johnny Colt) (1966), where the violence of the images is effectively represented in the score.

The 1970s more and more pushed the composer towards an ideologically engaged in politically deployed cinema: “Corbari”, directed by Valentino Orsini in 1970, about the figure of a partisan fighter; the analysis of the life of the Trevico-Turin factory: a journey in the “FIAT-NAM” (1973) by Ettore Scola, halfway between fiction and reportage, for which he has fished in his past as a musician for documentaries; the bitter reflection on the utopia of some revolutionary isles of San Michele “Aveva un gallo” (1975) by the Taviani brothers. In addition, the seventies allowed Ghiglia to compose for television, a successful partnership with the atypical and secluded cinema of Franco Brusati, thanks to “I tulipani di Haarlem” (1970) and “Dimenticare Venezia” (1979); for the latter film he perhaps made his most ambitious score, with the elaboration of themes of neoclassical system and dotted with quotations by Ch.W. from Gluck and GB Pergolesi.

Ghiglia was the father of actress Valentina Martino Ghiglia with singer Adriana Martino he died in Rome, Italy on July 4, 2012.