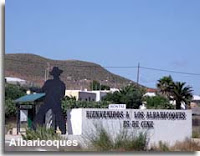 Los Albaricoques (formerly, Los Albercoques) is a small town belonging to the municipality of Níjar located in Almería, Andalucía, Spain.  Its population in 2014 was 252 inhabitants. It is  about 4 km away from, one of the most outstanding sites, the Cortijo del Fraile, where the events of Federico García Lorca's Blood Wedding took place inside the Cabo de Gata-Níjar Natural Park.  This town is well known in Níjar for the filming of its several western films.

The name of the village comes from one of the first settlers, nicknamed "apricot", this town throughout the decade of the 1960s was dedicated to gold mining, located very close, to the town of Rodalquilar, when the gold ran out part of the population had to emigrate.  It is currently a town that stands out for its agriculture and livestock. Around 100 people still live in there.

The town is divided into three parts, the "Cortijada de arriba" (where the school is located, as well as some cisterns and farmhouses that served as a stage for the filming of several western films), the "Cortijada de abajo" (the sports center, the Church - recently built social room and the "era." It has a hostel-restaurant and a bar where tapas and dishes of local cuisine are offered), and finally the "Pirulí" or "Cerro Blanco", so called due to the whitish color of the hill where the communities houses and cottages are located.  Its festivities are celebrated on the last weekend of July, in honor of its patron, Virgen Asunción de María.  It is believed that a performing arts museum dedicated to the Spaghetti western will be located in this small town in the near future.  Every day there are many tourists (mostly foreigners) visiting this small town of special charm.

Hostel Alba owner Manuel Hernández has done a tremendous job in preserving the village, reconstructing the grain grinding ring which showcased the final duel between Col. Mortimer and Indio. He’s renamed streets in the village after famous Spaghetti Western actors and decorating his restaurant and hotel in western artifacts and photos from the golden days of the 1960s when filming was a routine in the town where many locals participated as extras. 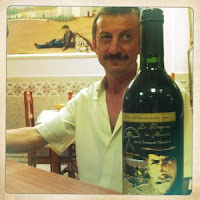 In addition to the population center, there are several farmhouses (some in a state of ruin) such as La Veora.  Attached to this district, there are two neighborhoods of the apricots: La Loma and Los Martínez (old farmhouses). 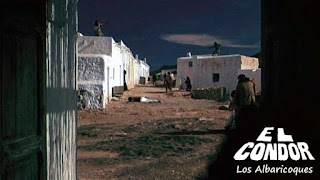 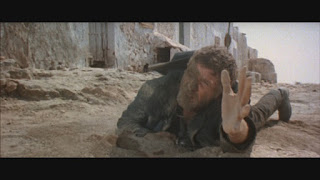 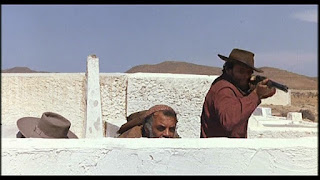