Who Are Those Guys? - Sal Borgese 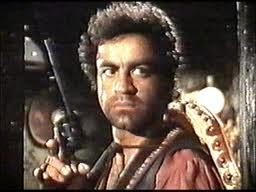 Giuseppe Salvatore ‘Sal’ Borgese was born in Rome, Lazio, Italy on March 5, 1937 to parents were from Calabria. Borgese participated as a stuntman and actor in over 80 films of various genres, from comedies, westerns, to the adventure films. Later he would become a master of arms.

His career began as a stuntman in Sword and Sandal films in the late 1950s to early 1960s.

Sometimes credited as Sal Borgese, Salvatore Borghese, Michael Franz and Dick Gordon, Sal’s last appearance was in “It May Be Love But It Doesn't Show” in 2011.