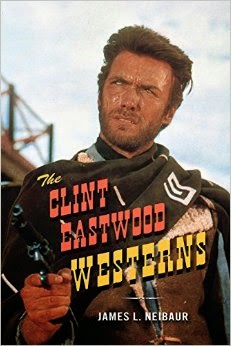 While the western was a staple of cinema for many decades, the form began to fade as its greatest star, John Wayne, made fewer films of distinction toward the end of his career. In the mid-1960s, the genre was redefined by a handful of directors, including Don Siegel and Italian filmmaker Sergio Leone, who offered something edgier, bloodier, and more violent. Working with both directors was an actor who had made a name for himself on the small screen in the hit western Rawhide. While Clint Eastwood would also star in and direct a number of successes with contemporary settings, his work in westerns represents the most significant part of his film career. In The Clint Eastwood Westerns, James L. Neibaur takes a film-by-film look at each of the superstar's signature works, from A Fistful of Dollars in 1964 to his modern-day classic Unforgiven, which earned him two Academy Awards, including best director. The author discusses in detail the production, impact, influences, and successes (both critical and commercial) of each film. In addition, Neibaur examines the continued success and influence of these works-how they redefined, challenged, and progressed the western genre. The book also features chapters that look at Eastwood's other films in the context of his overall career. From the spaghetti westerns he made with Leone, including The Good, the Bad, and the Ugly, to his revisionist look at the Old West in Unforgiven, The Clint Eastwood Westerns shines a spotlight on some of the most thrilling films of the genre. For devotees of Eastwood-the actor or director-or simply fans of the western, this book is an entertaining look at one of Hollywood's most enduring stars.