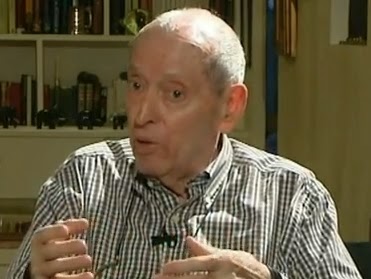 Stracult’s Marco Giusti posted on his Facebook page today that Italian producer, director, screenwriter Luciano Ercoli has died in Barcelona, Spain at the age of 84. Ercoli, born in Rome, Italy on October 19, 1929, produced the two Ringo films (1965) starring Giuliano Gemma. Among other films that he produced were the Euro-westerns “Long Days of Vengeance” (1967) again with Gemma and “The Ruthless Four” (1968) with Van Heflin, Gilbert Roland, George Hilton and Klaus Kinski. Ercoli was married to Spanish actress Nieves Navarro since 1972.

I will post a full obituary in the Boot Hill blog and a link here when available.
Posted by Tom B. at 11:27 AM