Who Are Those Guys? - Franco Borelli 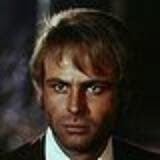 Franco Borelli is an Italian actor, stuntman and voice actor. Borelli is another of those mysterious actors who had a brief (less than ten years) career and then vanished. Appearing under such aliases as Chet Davis and Stanley Gordon his first film appearance was in 1967’s “I due crociati” (The Two Crusaders) and finished with an appearance in 1976’s “1.Italia a mano armata” (A Special Cop in Action). In between he appeared in another fifteen film usually westerns (five) and action films action (seven). His roles were as supporting lead actor and is probably best remembered by Euro-western fans for his role as Bunny Fox in 1967’s Today We Kill… Tomorrow We Die! starring Montgomery Ford (Brett Halsey), Bud Spencer (Carlo Pedersoli) and William Berger.

Anyone who can add any information to this actor please do so in the comments section.