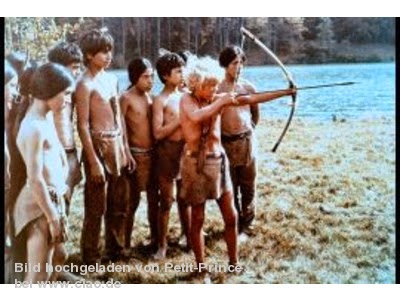 This was a single season German, Canadian TV series. The story had already been filmed by DEFA under the same title in 1979.

This 13-part television series takes place in 1759 in the present territory of Canada.  During an attack on a village Michael, the ten year old son of a settler, is kidnapped by Indians.  He gets to know the lives of these strangers to him, their culture, their myths and their close relationship to nature.  He will, over time, not without internal and external conflicts, even becoming like the Indians.  However, the boy fluctuates long between the white and the Indian world.  In many adventures he gets caught in the crossfire of those who fight for the "new" country.  When, after a long time he has the opportunity to return to the white world, he opts for the Indian way of life as the more humane life for him.