Who Are Those Gals? - Pilar Bardem 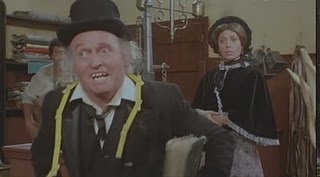 Her son Javier Bardem dedicated his Oscar for Best Supporting Actor in 2007's "No Country for Old Men" to his mother at the 2008 Academy Awards presentation. Today Pilar Bardem is president of AISGE (Artists, Performers, Society of Management). Pilar appeared in only one Euro-western 1983's "Al este del Oeste" as Martha.