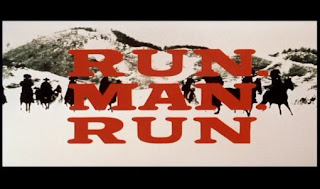 You’ve probably never heard of Albert Lardani before but you’ve seen his and his father Iginio ‘Gigi’ Lardini’s work. Iginio created the opening credits for “Fistful of Dollars”, “The Good the Bad and the Ugly”, “Face to Face”, “Viva Django” and others and Alberto joined his father in 1974. When Iginio died in 1986 Alberto continued in his fathers footsteps and also made trailers and worked as a film editor. Alberto was the film editor and worked with his father on the opening credit sequence on Tomas Milian’s “Run, Man, Run” 1968. Alberto Lardani died in Italy on October 11, 2010. No age was given. More details will be added to this post as information becomes available.