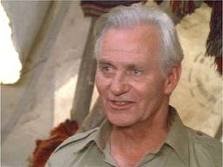 In the early 1950s he began working for the Central Office of Information's Colonial Film Unit (CFU), making several visits to east Africa. On one trip he was appointed personal cameraman to the Emperor Haile Selassie, the last monarch to rule Ethiopia. Another assignment was to help film the Queen's Coronation, his vantage point being high in the roof space of Westminster Abbey. Moving to become a trainee cameraman with British Transport Films (BTF), Paynter worked alongside contemporaries including David Watkin, who went on to win an Oscar for his cinematography on Out Of Africa (1985), and Billy Williams, who would win an Oscar for On Golden Pond (1981).

Paynter made several shorts for BTF, including Snow Drift at Bleath Gill (1955), depicting the rescue of a goods train trapped by blizzards on the Yorkshire moors. Critics admired Paynter's enduring head-on image of a snowplough charging at full speed into a huge drift, the locomotive spouting smoke and debris in all directions as the lineside workers cheered on the crew.

From the late 1950s and throughout the ensuing decade, Paynter was the cameraman for dozens of television commercials for ITV, promoting brands such as Kellogg's, Mars, Guinness and Oxo, for which he shot several campaigns in his own home.

His career in feature films began with Michael Winner's Hannibal Brooks (1969). Winner's regular cameraman had declared himself too old to be climbing mountains in Austria with heavy equipment, and Paynter was recommended to succeed him.

He remained with Winner throughout the 1970s, on pictures including Lawman (1971); Scorpio (1973) and The Big Sleep (1978). When Marlon Brando starred in Winner's The Nightcomers (1971) he was particularly impressed by Paynter's ability to set and light a shot professionally and at speed. "I never knew you could make films so quickly," the actor remarked.

In the 1980s Paynter worked with John Landis on the comedy-horror An American Werewolf In London (1981); the Eddie Murphy comedy Trading Places (1983); and Spies Like Us (1985). For the director Richard Lester, Paynter also shot Superman II and Superman III (1980 and 1983).

In 1989 he showed off the art of the cinematographer (who oversees the technical side of cameras, film and lenses to achieve the general visual effect required by the director) in When The Whales Came. The film stars Paul Scofield and Helen Mirren, with Paynter employing much soft-focus camerawork to evoke the idyllic island of Bryher in 1914.

His other credits included Strike It Rich (1990), written and directed by James Scott and based on a Graham Greene novella, Loser Takes All (1957). Starring Robert Lindsay as a London accountant who falls for a pretty American (Molly Ringwald), the film gave Paynter an opportunity to vary his palette from the drabness of 1950s London to the garish picture postcard colours of Monte Carlo.

Robert Paynter was admired by his colleagues on both sides of the camera. After a career crafting film shoots, he appeared this year in front of the camera in John Landis's latest film, Burke & Hare, playing a doctor at the Royal College of Surgeons in Edinburgh in 1828.

He married, in 1950, Marjorie Dawson, who died in 2001. Their son and a daughter survive him; another daughter predeceased him earlier this year.

Robert Paynter was cinematographer on two Euro-westerns both directed by Michael Winner: “Lawman” (1971) with Burt Lancaster and “Chato’s Land” (1972) with Charles Bronson.