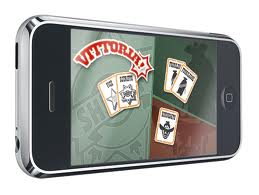 BANG! is the original card-based board game from Italian board game publisher dVGiochi which, since launch, has sold over 600,000 copies worldwide. BANG! The Official Videogame will be the first time players on a variety of platforms will be able to play together and enjoy the dynamic, quick-fire action that BANG! offers, as the Outlaws tussle with the Sheriff and his Deputies!

Players can assume the roles of many Western characters, including: Calamity Janet, Bart Cassidy and Jose Delgado, BANG! puts the players in the thick of the action, where being quick on the draw is paramount...or you’ll be sure to find yourself in the Undertaker’s window!

Since dVGiochi awarded the official licence to Palzoun, both companies have worked together closely to ensure the videogame version maintains the original experience’s excitement and universal appeal.

For those of you who want to see and play the first playable version of BANG! The Official Videogame before launch, Palzoun and SpinVector will be unveiling the game at this year’s prestigious Lucca Comics and Games event in Italy on 29 th October to 1 st November at the dVGiochi stand.

BANG! will be available worldwide in December 2010 via the iTunes AppStore (iPhone & iPad HD), Intel AppUp (Atom Netbook) and PC direct download.
Posted by Tom B. at 6:36 AM