Who Are Those Guys? - R. G. Armstrong 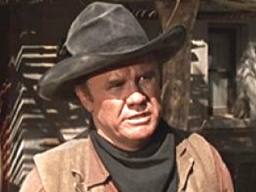 Born Robert Golden Armstrong on April 7, 1917 in Birmingham, Alabama, he is a long time character actor and was a favorite of director Sam Peckinpah. His family were devout religious fundamentalists and his mother wanted him to become a pastor (Maybe that's why he plays so many minister roles.) Instead he became interested in acting and took it up while attending the University of North Carolina and later the Actors' Studio. Armstrong launched his career on Broadway and also began writing plays. His first film appearance was in the 1954 film “Garden of Eden” but it was on television that he would earn a name for himself. He could be seen in almost every western TV series that came along. Later in life he had a recurring role in the series “Millennium” (1997) and also in the Canadian “Friday the 13th : the Series”(1987-1990). He was outstanding as Chuck Norris's boss in “Lone Wolf McQuade” (1983). He began a friendship with Sam Peckinpah during his appearances on “The Westerner” TV series and Sam used him in many of his films. He's probably best remembered for his appearance in Sam's (1973) “Pat Garrett and Billy the Kid”as the demented jailer Bob Ollinger. R.G. Appeared in only one Euro-western, Sergio Leone's “My Name is Nobody” (1973) as Honest John but billed as R.K. Armstrong. R. G. died in his sleep in Los Angeles, California on July 27, 2012.