Who Are Those Guys? - Gerard Boucaron 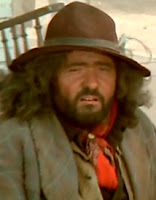 Gérard Boucaron was born in France on March 7 1945. He is best known for appearing in various French television shows and films, such as "Série noire", "Les enquêtes Caméléon", "Cyrano de Bergerac", and "Des lauriers pour Lila". He is also best known for voicing Rei Ginsei from "Vampire Hunter D", Ghim from "Record of Lodoss War", Keel Lorenz from "Neon Genesis Evangelion", and Marshall D. Teach/Blackbeard from "One Piece".

He is also a voice director in various cartoons and animated films, such as "Beyblade: V-Force" and ‘Thomas & Friends’ in France and French-speaking Canada.