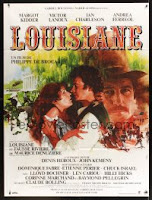 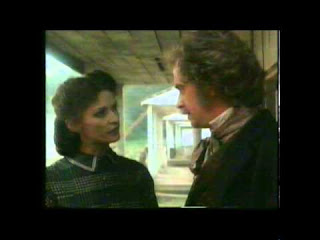 The story begins in 1836 in which Virginia Tregan returns to her home in Louisiana after spending several years at school in Paris, Unfortunately, Virginia discovers that the Tregan family plantation and most of its holdings have been sold to pay off her father’s debts. Only the manor house remains. Determined to recoup her personal fortune, Virginia manipulates the breakup of the affair between her wealthy godfather, Adrien Damvillier and his mistress, Anne McGregor in order to marry him and become mistress of Bagatelle. Virginia also becomes frustrated in her relationship with Clarence Dandridge, who refuses to embark upon a sexual relationship with her.

During their ten-year marriage, Virginia and Adrien conceive three children – Adrien II, Pierre and Julie. Not long after Julie’s birth, Adrien dies during a yellow fever epidemic. Virginia hints to Clarence that she would like to engage in a serious relationship with him. But when he informs her that they would be unable to consummate their relationship, due to an injury he had sustained during a duel, Virginia travels to Paris for a year-long separation. There, she meets her second husband, a French aristocrat named Charles de Vigors. They return to Louisiana and Virginia gives birth to her fourth and final child – Fabian de Vigors. Virginia and Charles eventually divorce due to his jealousy of his wife’s feelings for Clarence and his affairs. Fabian, who feels left out of the Damvillier family circle, accompanies his father back to France. During the next ten to fifteen years, Virginia experiences the death of her three children by Adrien, the Civil War and Reconstruction. The story ends in the early 1870s with Virginia using a trick up her sleeve to save Bagatelle from a Yankee mercenary, whom she had first encountered on a riverboat over twenty years before.

[A 307 minute Theatrical version was released in France]


YouTube Film Clip link: https://www.youtube.com/watch?v=AhbGoFvkfH0
Posted by Tom B. at 5:45 AM