Who Are Those Guys? - Beckett Bould 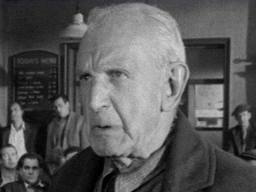 William Beckett Bould was born in Dewsbury, Yorkshire, England on September 28, 1880. Bould was a former schoolmaster who had a long stage career and on screen was a supporting actor, with a gift for regional dialects. He was on screen since 1932 and was He was best remembered for his roles in “Black Diamonds” (1932), “The Angry Silence” (1960) and “Anna Karenina” (1948). Beckett made his stage debut in “Geneva” a comedy/satire, written by George Bernard Shaw and directed by Maurice Colbourne. His debut took place at Henry Miller's Theatre from January 30 1940 to February 10 1940 (15 performances). He died on September 25, 1970 in Middlesex, England.