Who Are Those Guys? - Boutang 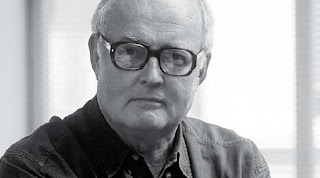 Pierre-André Boutang  was born in Paris, Île-de-France, France on March 25, 1937. In 1962, rather than continue his studies in Political Science, he returned to the ORTF as an assistant director, programmer and co-producer of broadcast movies and series such as co-director of ‘The Screens of the City’, ‘The Film Journal’, ‘Cinéregard Champs contre champs”, “Bibliothèque de poche or Dim dam dom’.  Then with his friend Guy Seligmann, he created the show ‘L'Invité du dimanche’ (The Sunday Guest).

He filmed a large number of portraits of personalities from the world of arts and letters to the Archives of the twentieth century, television adventures launched by Jean José Marchand, to which Pierre-André Boutang participated from the outset. Pierre-André Boutang is obsessed with the idea to record and remember all the human and cultural experiences, in the broadest sense of the word.  He made an impressive number of films.  His specialty: the portraits of the greats in the world of thought and art.

At the start in 1968, for ORTF he produced a new music program for youth. The presentation was entrusted to to the team Rock & Folk with Philippe Koechlin as editor and Raoul Sangla to direct. Music Forum was then broadcast live on Wednesday October 23, 1968. Rock as an issue did not go all that well with the public and after letters of protest the series was cancelled after only 8 episdoes in June 1969.

During the years 1970 and 1980 saw the broadcast of interviews, including Sartre himself, The ABC’s of Gilles Deleuze and Serge Daney.

He resumed his duties as a producer in 1984 of the feature film “Favoris de la lune” by Otar Iosseliani. In 1987 he assumes the head of cultural programs of FR3 and Oceanic (distributed by La Sept, Saturday afternoon on FR3) at the request of Georges Duby receiving two Sept d'or awards.

The lead to the replaying of past television masterpieces (‘Portrait souvenir de Proust’, directed by Roger Stéphane, ‘Les Heures chaudes de Montparnasse’ directed by Jean-Marie Drot, ‘Mon frère Jacques’ by Pierre Prévert ...), he launches documentaries (many of Alain Jaubert ).  But also passes on film documentary by filmmakers of his time, such as ‘The Store de Frederick Wiseman’.

After 1992, he was appointed deputy director for programs of La Sept-Arte becomes Arte-France and became a pillar of the Franco-German channel with Jérôme Clément.  He is then Managing Director for theme programs and became a co-founder of the magazine Oceanopolis and cultural magazine Metropolis from 1995 to 2006.  In 2006, Pierre-André Boutang is replaced by Rebecca Manzoni who names the magazine Metropolis on Arte.  The chain chose to rejuvenate its programs and attract a new generation.

In 2006 , at age 69 he enters retirement.  He continues to shoot, edit and dream about new projects.