We continue our search for locations for “The Gatling Gun”. In order to help his friend Captain Chris Tanner prove his innocence and recover the Gatling Gun, Pinkerton substitutes another prisoner named Jeremiah Grant who has been convicted of selling sick horses to the Army during war time a capital offense. Grant and Tanner will switch identities and after 30 days the real grant will be released and given $10,000 dollars while Tanner will be released to find the gun and who is behind the murders. 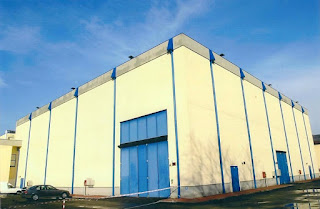 These two scenes were filmed at Cinecitta Studios in Rome.