We continue our search for locations for “The Gatling Gun”. After the killing of the Washington ambassadors the scene shifts to the verdict of military council which convicts Chris Tanner of treason although Mr. Pinkerton objects and asks for time to prove his innocence. The council refuses and grants no mercy on the convicted prisoner. The head of the council pronounces the verdict to Tanner and telling him he will be hanged in 30 days. 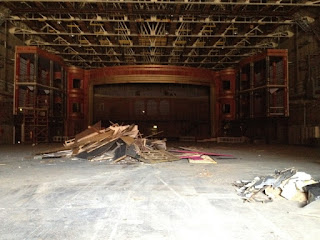 This scene was once again shot on a film set at Elios Studios in Rome.