How the West Was Lost (TV) 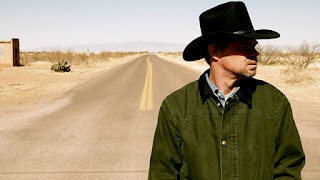 Comedian Rich Hall goes west to find out what killed off that most quintessentially American of all film genres, the western.

Through films such as The Searchers, The Man Who Shot Liberty Valence, Little Big Man, The Wild Bunch and Unforgiven, Rich charts the rise and fall of America's obsession with its own creation myth - the Wild West. He explores how the image of the cowboy as a moral, straight-talking heroic figure was created by Hollywood but appropriated by Washington, as one president after another sought to associate themselves with this potent symbol of strength and valor.

From Tombstone to Texas, Montana to Wyoming, Rich travels across a landscape that is both actual and mythic in the minds of not just Americans, but all of us. With his customary wit and intelligence he unpicks the truth from the fiction of Hollywood's version of frontier life, draws parallels between popular western narratives and America's more questionable foreign policy, and celebrates the real heroes of the west - John Ford, John Wayne, Sam Peckinpah, Arthur Penn and Clint Eastwood.

Filmed on location in Arizona, Montana and Wyoming and incorporating interviews and archive clips of some of the best-loved westerns of all-time, the film is Rich Hall's personal salute to a genre of film he feels passionate about.

Rich Hall's ‘How the West Was Lost’ was first broadcast June 2008 on the BBC.