We continue our search for locations for “The Gatling Gun”. After the exhibition of the Gatlin Gun the envoys from Washington D.C. return to their hotel rooms. Then we see the general and Miss Treble murdered in their rooms by two henchmen sent by Tarpas. When the henchmen return to Tarpas and relay their deeds they are in turn murdered by him so there will be no witnesses. In on the deal is Ryckert one of the three sent by the president but he has a plan to put the blame on Captain Chris Tanner. 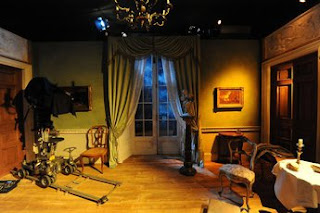 The scene of the murder and the meeting of Tarpas and Ryckert were filmed at Elios Film Studios in Rome. 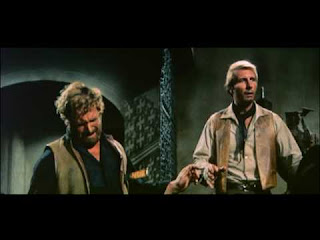