It was a fun filled night at the Cine Family theater in Hollywood last night. A restored print of  “Get Mean” was screened before a packed house. Most of us who have seen the film have seen it on poorly copied videos and not the way it was meant to be. This version by Blue Underground was an excellent print and will be released on Blu-ray DVD in October of this year.

Both Tony Anthony and Lloyd Battista as well as producer Ron Schneider were present during the screening and afterward for a discussion and short Q&A session conducted by Rob Word. We were then invited to the theater’s back patio where all in attendance were given a poster of the film and Tony and Lloyd autographed them personally.

There aren’t many Euro-western events these days and this one was worth the drive to see a fun film and meet two of the last of the Spaghetti western cowboys still out there involved in the genre. By the way Tony’s “Comin’ At Ya!” will be released in Blu-ray in November. 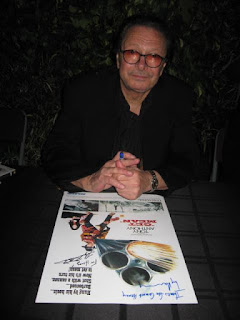 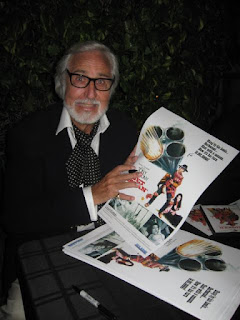