Burgos prepares for The Good, the Bad and the Ugly 50th Anniversary


SAD HILL CEMETERY will be remembered in 2016 for the 50th Anniversary of "THE GOOD, THE BAD AND THE UGLY"

In 2004 it held the first symposium about the shooting of the film and in 2006 and 2011 for the 40 and 45 anniversary of the film shooting a variety of commemorative events were held. 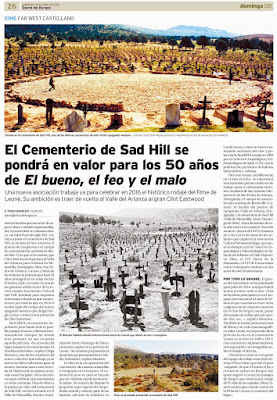